INDIANAPOLIS, Ind. — One person is dead, and another is in critical condition following a late-night crash on Indy’s near northwest side. 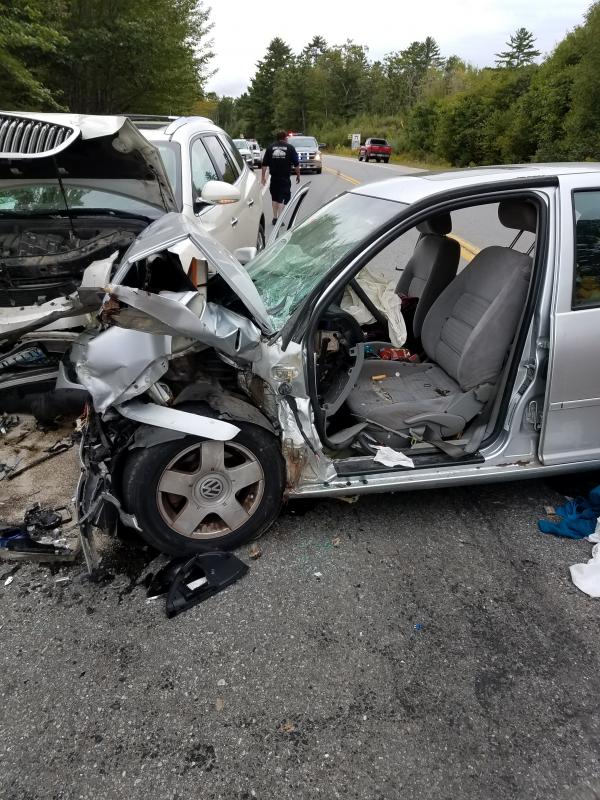 According to the Indianapolis Metropolitan Police Department, the crash occurred just before midnight on March 16 at the intersection of N. Tibbs Avenue and W. 30th Street, across the street from Cardinal Ritter Catholic High School. Police said the accident involved two vehicles, a dark Audi passenger vehicle, and a white Dodge Ram pickup truck.

A perimeter was quickly set up upon police arrival, as officers learned three individuals had fled from the Dodge Ram pickup truck, including the driver. IMPD dispatched one of their K-9 units and closed at least two blocks from North Moreland Avenue to Lafayette Road to search for the three people who fled.

During the search, police located and arrested 29-year-old Adan Luna-Valerio, the driver of the pickup truck. Detectives believe Luna-Valerio was intoxicated at the time of the crash. His highest charge will be Failure to Stop at an Accident, resulting in death or serious bodily injury, while intoxicated, a Level 3 felony.

A Preliminary Probable Cause Affidavit has been sent to the Prosecutor’s Office, and the case will be screened for official charges.

Both victims from the passenger vehicle were transported from the scene to a nearby hospital, where one later died.

The Marion County Coroner will be assisting and will determine the exact manner and cause of death. The MCCO will release the name of the deceased once a proper next-of-kin notification has been made.